This product is compatible with:

This is the updated version (Second Generation) of the Safety Fast Shooting system. Equipped with BHSpringSolutions LLC SFS springs by default.

The 20 Benefits of the FAST SAFETY (SFS) System

Installation Required and Some Minor Fitting is Possible.  Written Instructions Included and Video Tutorial on YouTube. 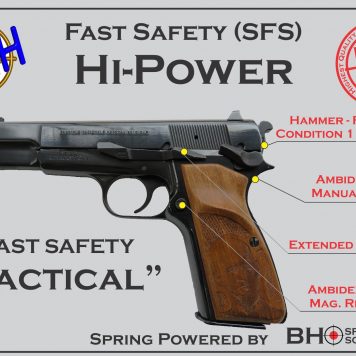