You accept that it is solely your responsibility to assure that any firearm you may own, possess, handle or work on, is completely unloaded and handled in a safe and responsible manner at all times and that you hold harmless BHSpringSolutions LLC, its employees and officers, from any and all liability resulting from use of firearms.

You acknowledge that it is your responsibility to assure that your firearm(s) are functioning in a safe and reliable manner and that if not, whether you have installed a BHSpringSolutions LLC product or not, you will take any and all measures, including repairs by a qualified Gunsmith, required to correct such issues before loading and using your firearms. 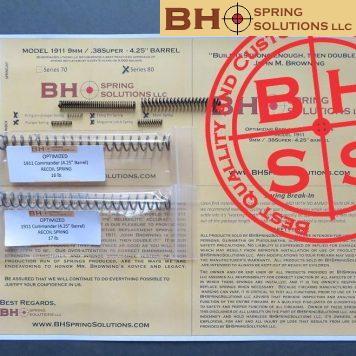